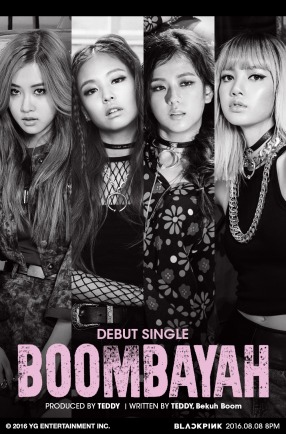 BLACKPINK will make an official debut in the music scene, releasing “BOOMBAYAH” and “WHISTLE”, the double title tracks of their debut album, on August 8 at 8PM.

Before their official debut, BLACKPINK’s members were unveiled one by one. Every time the members were unveiled, they created sensation on-line, taking No.1 on the real-time search word ranking of search engines. Plus, the team’s dance practice video surpassed 6.14 million views within a month of release.

BLACKPINK’s outstanding beauty and talent in dancing have already been fully recognized. Now, BLACKPINK is to present their own style of music and prove their talent in singing.

YG’s main producer TEDDY has worked on BLACKPINK’s debut album for two years. “BOOMBAYAH”, one of the double title tracks of the album, is a song of a quick and intense rhythm, which will cool down this summer’s heat wave. “WHISTLE” is a song about whispers of love and it is a minimal hip-hop song of a dreamlike and sexy feel.

Then, what would be the biggest charms that will make you fall in love with BLACKPINK, the most promising rookie idol group for the second half of 2016? Here are the profiles of the four members of BLACKPINK for all the people who will soon become the girls’ fans. 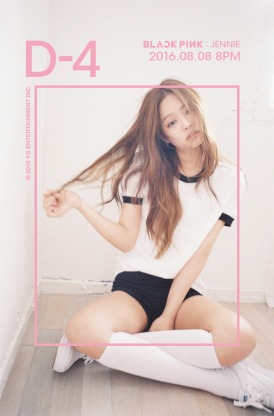 JENNIE is the first member of BLACKPINK unveiled by YG. She is the most well-known one among the members of the team. When YG hinted on the debut of a new girl group, JENNIE was thought to be the most powerful candidate for the group. JENNIE studied in New Zealand and she is known to be fluent in Korean, Japanese, and English.

JENNIE gained recognition by taking part in G-DRAGON’s solo album twice. She left a big impression by acting as G-DRAGON’s girlfriend in the music video of “That XX” released in 2012. She also featured for “BLACK”, the title track of G-DRAGON’s second full-length album released in 2013 and performed for the song along with G-DRAGON on his comeback stage. By presenting soulful vocal and stable performance on the stage, she proved her potential. 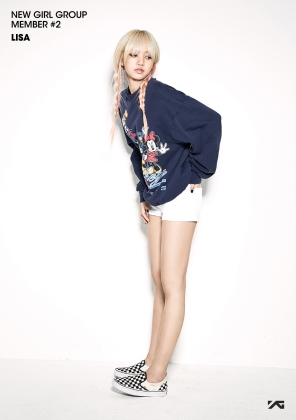 LISA was the second to be unveiled as a member of BLACKPINK. She is from Thailand and her beautiful legs, well-proportioned body, and exotic visual are drawing keen interest from music fans. Notably, as she is an outstanding dancer recognized by YG’s head YANG HYUN SUK, she is drawing all the more attention. She already boasted her remarkably dynamic and fancy dance in “WHO’S THAT GIRL?” video released in 2012 when she was a trainee of YG.

Plus, LISA is fluent in not only Thai but also Korean, English, and Japanese. LISA acted in the music video of TAEYANG’s “RINGA LINGA” in 2013. She also worked as the model for YG’s global young-street casual fashion brand “NONAGON” along with iKON’s B.I and BOBBY.

JISOO is considered the next-generation blue chip for advertisements. Fans call her “the next Tang Wei”. She is also known as a versatile entertainer who is talented in dancing, singing, and acting.

JISOO boasted her innocent and cute visual in the music videos of “SPOILER” of EPIK HIGH’s 8th full album and HI X SUHYUN’s single “I’m Different” released in 2014. JISOO acted a beautiful woman in love and shed tears, sensing breakup, in those music videos. In May, 2015, she gained recognition by appearing in KBS 2TV’s drama series “Producers” as a cameo actor. Also, she has worked as the model for many ads.

Unlike the other members of BLACKPINK, ROSÉ is a new face who has never been officially unveiled to the media. Her Korean name is Park Chae-young. ROSÉ is drawing big attention, boasting her well-proportioned figure and charismatic eyes.

ROSÉ was born in Australia and topped YG’s audition held in the country. Then, she began training in Korea in 2012. For the four years of training, she worked really hard to build skills and talent as an artist. She featured for “Without You” of G-DRAGON’s mini-album “One of a Kind”. She is also known to be good at playing guitar.