With comeback just around the corner, BLACKPINK revealed their 2nd group teaser and individual teasers for LISA and JISOO.

On June 13 at 9 AM, YG Entertainment revealed BLACKPINK’s 2nd group teaser and individual teasers for LISA and JISOO through their official blog. 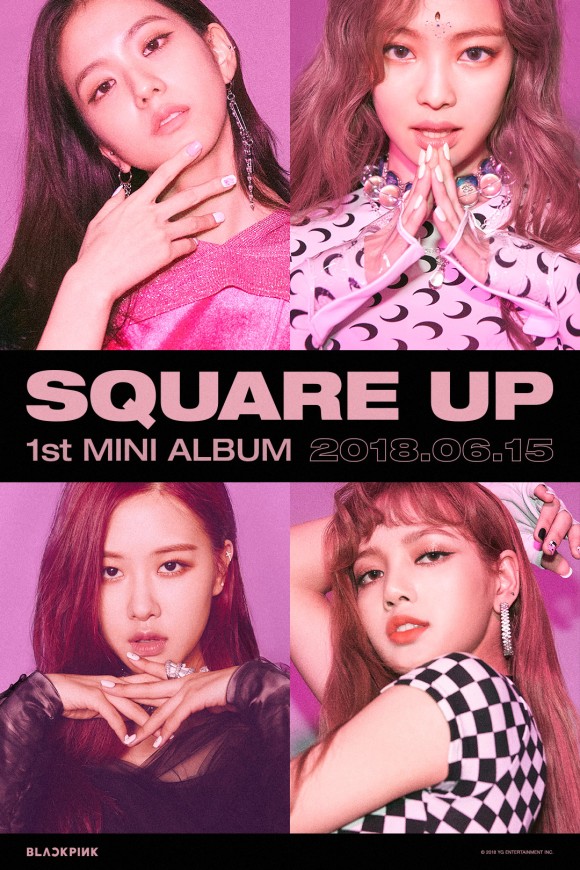 Following their ambient concept in the first teaser, BLACKPINK emphasized their twoness while emitting strong aura under the pink lights. JISOO gathered the viewers’ attention with her transformation into short hair under fluorescent pink lights, while LISA showed off her facial appearances with lovely pink as the background.

JISOO revealed her thoughts on making comeback by stating “We wanted to show our stronger side this time” and continued, “BLACKPINK made a new challenge, and we would like to show that we made it ours”.

LISA stated, “Since it’s our comeback in a while, we wanted to make everything perfect. We put our best in everything, including our performances, outfits, and maintenance”. She added, “All 4 songs have their own unique charms so please look forward to it”.

BLACKPINK’s first mini album since debut, ‘SQUARE UP’, has the meaning of ‘Let’s fight’ and ‘Let’s verse one another’, and contains the message of ‘standing tall’. Listeners can experience BLACKPINK’s upgraded and matured musicality and concept through the release.

BLACKPINK stated, “We will present new music and performances that were worth waiting for 1 year”.

The album contains a total of 4 tracks including the title song ‘DDU-DU DDU-DU’, ‘FOREVER YOUNG’, ‘REALLY’, and ‘SEE U LATER’. All tracks were produced by hitmaker TEDDY, who has been working with BLACKPINK ever since their debut.

The title song ‘DDU-DU DDU-DU’ is a track in a Hip-Hop genre which is sophisticated and fierce throughout the whole track. The fresh onomatopoeia ‘DDU-DU DDU-DU’ and the harmony of various instruments in the song makes the track interesting. The lyrics express BLACKPINK’s identity by presenting the words of chic confident women.

BLACKPINK’s first-ever mini album ‘SQUARE UP’ will be available to the public on the 15th.