BLACKPINK’s Lisa made every effort to succeed on MBC’s “Real Men 300.”

On September 28, Lisa inadvertently made others laugh due to the language barrier.

The cast participated in their first roll call at night where their cadets became combat leaders who checked the roll call for their classmates. They came to Lisa’s room to confirm that everyone had packed the supplies needed for the next day’s raid training and that they cleaned their room. 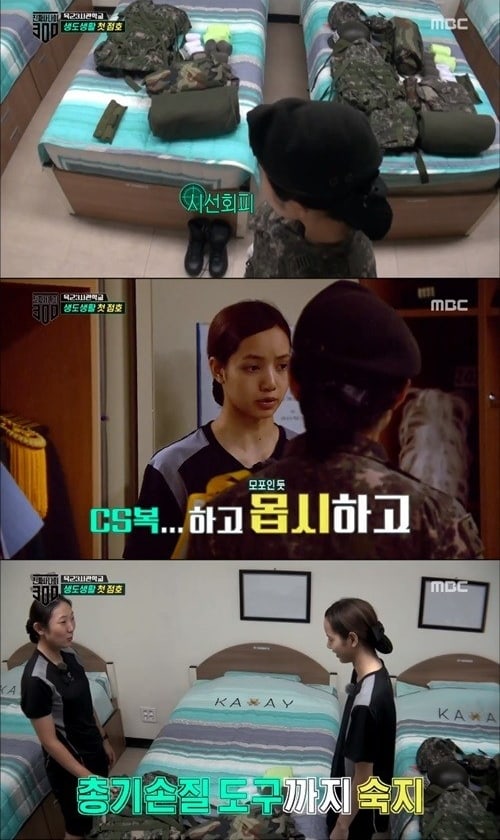 In order to be prepared for this moment, Lisa had asked one of the cadets in her room for help and studied the names of the supplies beforehand. However, she became visibly nervous once the combat leader began to ask her questions.

Despite her nervousness, Lisa listed the things correctly, albeit with some adorable mistakes. She clearly said, “CS uniform, [mispronounced word for] blanket, socks, towel, the thing you need to clean the gun, and boxing boots [mispronounced combat boots].” Seeing Lisa’s serious expression and hearing her answers, the combat leader briefly turned her head to the side in order to stifle her laughter. 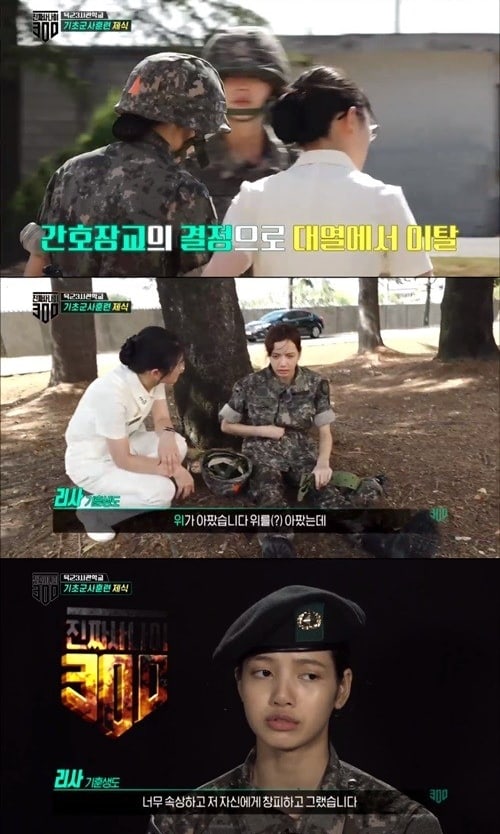 On top of the language barrier, Lisa also dealt with some unexpected health issues during this episode. While changing into their combat uniforms, she told the other members that her stomach was hurting due to possible indigestion.

When she looked uncomfortable while standing outside for the close-order drill, a nurse came to check on her and pulled her out of training. The nurse took Lisa under the shade of a tree and told her to rest since she appeared sick while checking her vitals.

During her interview, Lisa explained, “My stomach hurt. But then weather was also really hot, so my health suddenly got bad. Mentally, I wanted to do it, but my body wouldn’t follow. I was so upset and embarrassed at myself.”

Check out more about the variety show here!